Since their beginning in 2001, Rudy Colombini & The Unauthorized Rolling Stones have brought the excitement, energy, and all the hits of a live Rolling Stones show to stages across the country. 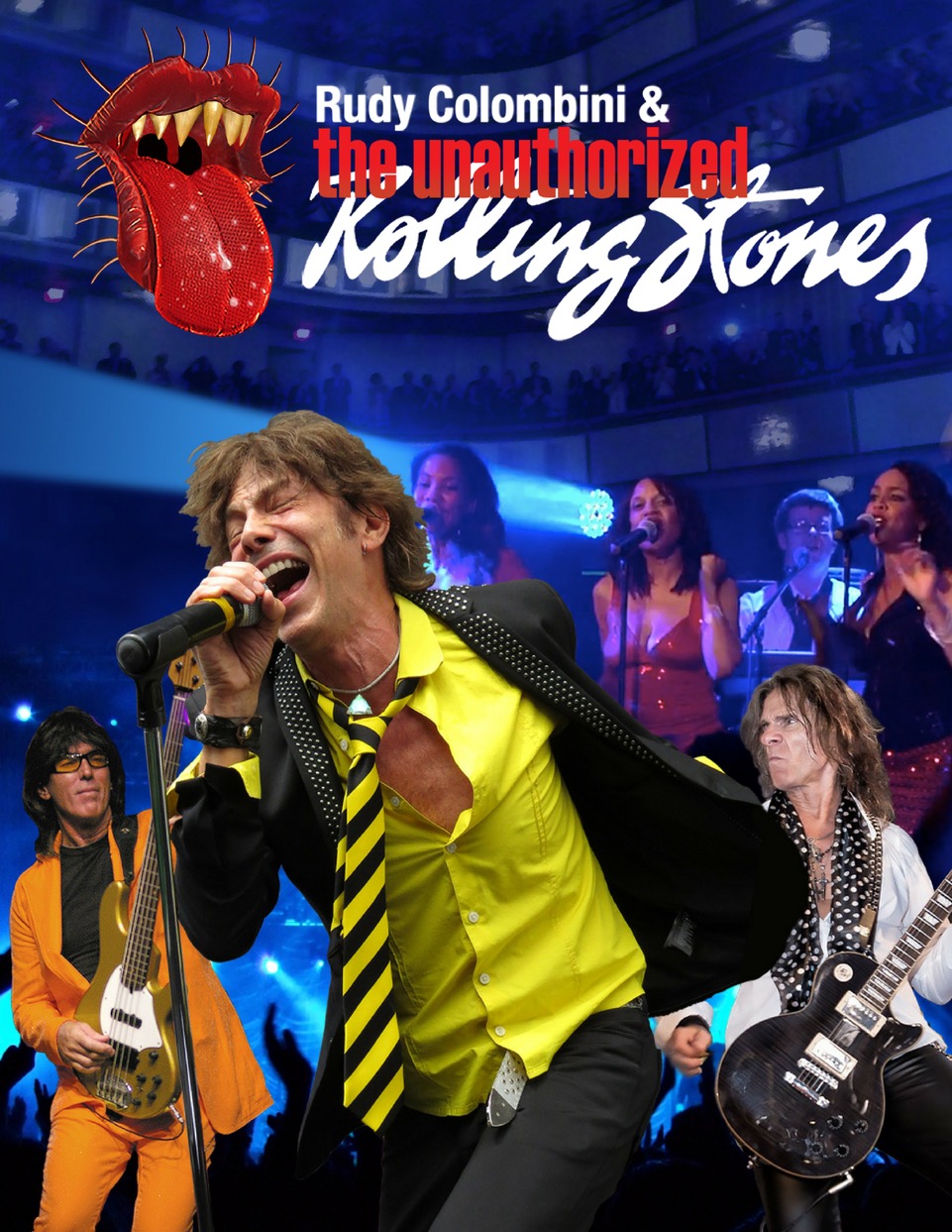 Their show holds in reverence many legends of the classic rock years, while maintaining their Rolling Stones core. Colombini’s staggering, Jaggeresque showmanship is hands down the best salute to Mick. Colombini, who has seen the Rolling Stones live 20 times said, “It’s been a deep drill into little nuances and movement. Frankly, it’s nearly impossible to find a better mentor than Mick Jagger for a performer. He’s an incredible entity.” “It’s a big show,” Colombini added, “A real Rock and Roll event.”

Rudy Colombini and The Unauthorized Rolling Stones perform at prestigious theaters and venues nationwide. They have opened for major acts like Elton John, Train, and about fifty other household names. While not portraying Mick, Colombini is the co-founder and visionary behind the San Francisco Music Hall of Fame, (San Francisco Music City Project), under construction at 1353 Bush Street.

Here is a link to their authorized video on YouTube.