Rooted in the traditional music of the seven Celtic nations (Ireland, Scotland, Wales, Cornwall, The Isle of Man, French Brittany and Spanish Galicia) Golden Bough has become a popular and in-demand group on both sides of the Atlantic. 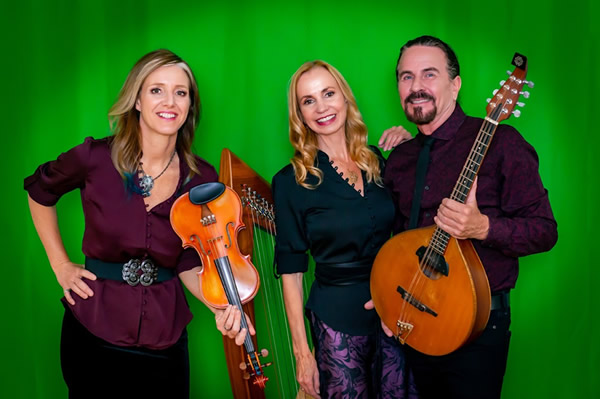 Since their formation in 1980, this trio of modern day minstrels has traveled great distances to numerous countries to bring their music to enthusiastic folk fans the world over. Backing themselves on an array of acoustic instruments – Celtic harp guitar, octave-mandolin, mandolin, accordion, violin, penny-whistle, and bodhran, they blend their voices in the pristine harmonies that have become a Golden Bough trademark. To date they have released over 30 recordings. In the recording studio as well as on stage, Golden Bough captures the essence and joy of traditional music.

They have many videos on YouTube for you to enjoy before the concert.