Formed in San Francisco in 2015, the Luke Doughty Quartet (which is the core of his Quintet) plays primarily original compositions that draw on a diverse set of influences including J.S. Bach, Django Reinhardt, Pink Floyd, the Beatles, and Irish traditional music. 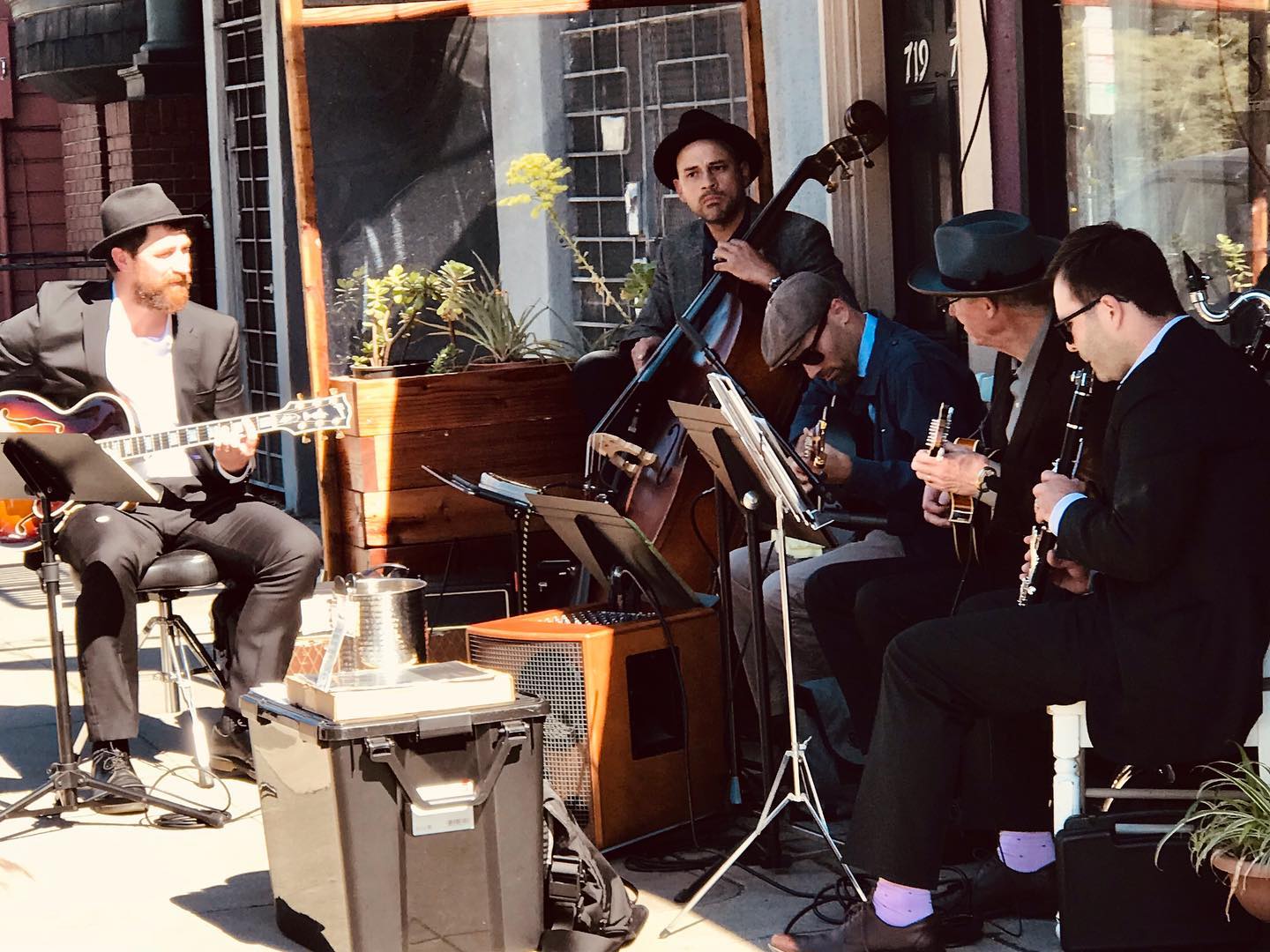 Luke Doughty is the organizer and principle songwriter of the Luke Doughty Quintet. He has played guitar for over 22 years and studied many different styles of music along the way, including blues, jazz, and rock and roll.

He is interested in space as a musical aesthetic; Pink Floyd, for example.

Zachary’s love for creating music began when he first strummed an autoharp in his elementary years. He enjoyed the rich, warm sound it produced and the feel of the strings. His first instrument of choice was the steel string acoustic guitar. After graduating from high school, Zach continued to immerse himself in music and guitar during his military career, and began to learn piano at Minot State University. After discovering his life love for music and continuing to study personally while in music lessons, he began full-time study at Illinois State University as a classical guitar major and performed solo and chamber music throughout the midwest. Zachary studied guitar with Dr. Angelo Favis, jazz with Kevin Hart and Charlie Stokes, and music education with Tim Fredstrom.

Kyle Beard has been a musician since the age of twelve, when he managed to convince his parents to buy him a clarinet, which he chose because he was told it was similar to a recorder. In the ensuing years, he has been a passionate student of music of all kinds, from the Renaissance to modern House music, and continues to enjoy learning and discovering the ways in which sounds can communicate and captivate.

Mr. Beard enjoys a varied performing life, appearing most frequently in the Bay Area with the Luke Doughty Quartet performing music ranging from the Renaissance to the Blues and everything in between. Mr. Beard also frequently appears with the Rainbow Symphony, and is active in many smaller new music projects in the Bay Area.

As the son of musical parents, Brian was exposed to rhythms and melodies well before he was born. He was given a drum set at age four and a violin at seven. At some point during his reluctant eight year tenure as a violinist, Brian picked up his father’s bass guitar and immediately fell in love with the low end. He honed his chops on electric bass while concurrently playing violin in the school orchestra, but realized that the orchestra needed basses too, and as a junior in high school he pulled one of the school’s dusty upright basses out of the closet and taught himself to read bass clef. He became, by default, the orchestra’s principal bassist, and he suddenly knew what it felt like to be in demand. Shortly after that, he recruited (and trained) three freshman violinists to join the bass section, which was his first foray into teaching.

Listen to some tracks from their recording “A Charcoal Colored Sky” on their website.